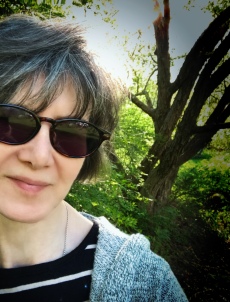 Hey, welcome to this single little page of mine, a small, safe space in the vast, virtual universe where I can hang and just be myself. I’m an LGBTQ fiction writer and artist, and a tinkerer who loves to fix stuff that’s broken. Because there’s nothing more rewarding than making something work that you thought was a lost cause. Except maybe the completion of something you’ve written that you thought was a lost cause. Especially since writing itself typically isn’t that rewarding, because most of the time all you get are sleep-deprived nights and weeks of no progress. But for some reason, I have a compulsion to do it anyway and when I need a break at 1:00 AM, I pick up a pen or pencil and draw.

When hunting for stuff to fix, I enjoy digging up treasures at junk shops and inventing stories about their lost owners. My recently published novel, Like a Prayer, was inspired by two such finds—a moonstone pendant and an unusual piece of alabaster. Like a Prayer is a contemporary young adult/new adult LGBTQ love story, written with a touch of magical realism, that journeys through the heartbreak of family dysfunction and violent loss. It’s also a story of survivorship and hope, and how redemption can arrive in unexpected ways.

Three things cannot be long hidden: the sun,
the moon, and the truth. –Buddha 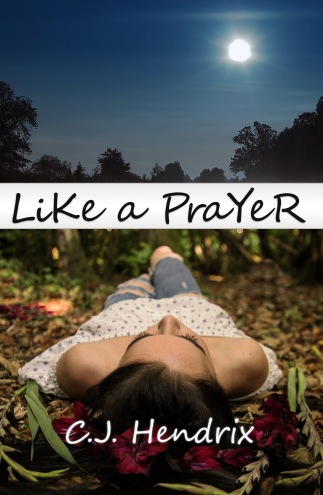 Zee Harper can’t admit her feelings to best friend and former schoolmate Brenna—flame-haired Brenna Maris, who’s outgoing and wicked smart and clever with her hands. Brenna, who has a passion for optical science, a clear view of her future, and a very normal family.

Zee is clever, too. She can shape things from metal, has taught herself to pick locks, and learned to be prepared for the unexpected. Because she knows what it’s like to have the people she loves disappear from her life. Just eighteen, she’s already lost her mother to a car accident and her younger brother, Aaron, in a school shooting—and then there’s her alcoholic father, who’s been checked out for as long as she can remember. Although Zee finds comfort in Aaron’s frequent presence in her dreams, everything changes on the shooting’s first anniversary, when he warns her of another loss to come.

While Zee struggles with her family’s painful history, Brenna tries to coax her into opening up. But when Aaron’s dream-visits start to bleed into her waking hours, Zee is haunted by a bigger secret than her feelings for Brenna—a past relationship she’s convinced led to the shooting, and the tragic undoing of another family. Afraid to reveal the terrible truth that keeps her locked in the past, Zee finds herself at a breaking point. Will a confession ultimately free her? Or will it mean losing Brenna and a real chance at love?

Available in paperback and ebook from Amazon or you may order from your local bookstore.

Interested in the fry cake recipe found in this story? You can download it here. It’s the original recipe belonging to Zee’s mom, passed down from her own mother. Yum!